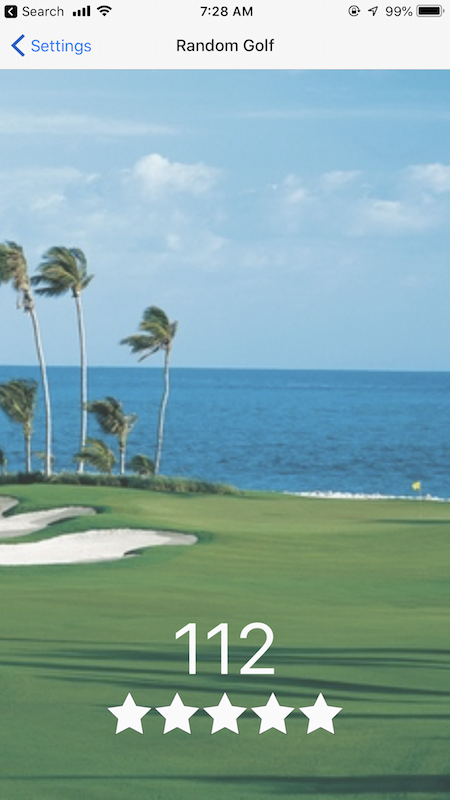 Blocked Practice is when a learner performs a single skill over and over, with repetition being the key.  Variance in training is minimized or nonexistent.  The learner then moves to repeat another skill (golf shot) in the same way.  By contrast, in random practice, motor learners work on a number of different skills (golf shots) in combination with each other, randomly working trials and patterns of one and then the next and the next, with each trial interleaved on the previous one.

Because blocked practice leads to better performance during training sessions, athletes and coaches are often led to a false sense of confidence that is shattered during competitions, when predictability and rote learning are no longer guaranteed.  In a study subjects who were trained using blocked practice were more likely to predict higher levels of future performance than those that were trained using random practice designs.  When studied during competition the blocked practice participants didn't perform at the same level as practice and had to deal with the emotional stress of under performance.  The random practice participants were used to dealing with performance more in line with practice and they had higher results when it counted, in competition.

Richard Schmidt, PhD is renowned for his work in the area of the psychology of motor learning.  His book, Motor Learning and Performance: A Situation-based Learning Approach is loaded with information on applications of random and blocked practice in many other sports and situations.   He has presented at the TPI World Golf Fitness Summit and has written for Golf Digest on this subject.  Schmidt is quoted as saying, "In blocked practice, because the task and goal are exactly the same on each attempt, the learner simply uses the solution generated on early trials in performing the next shot.  Hence, blocked practice eliminates the learner's need to 'solve' the problem on every trial and the need to practice the decision-making required during a typical round of golf."

The literature on this topic is deep and consistent: blocked practice is best for beginners learning new motor patterns and basic skills.  Once a certain level of mastery is involved, however, random practice is best way to prepare for performance on the golf course.